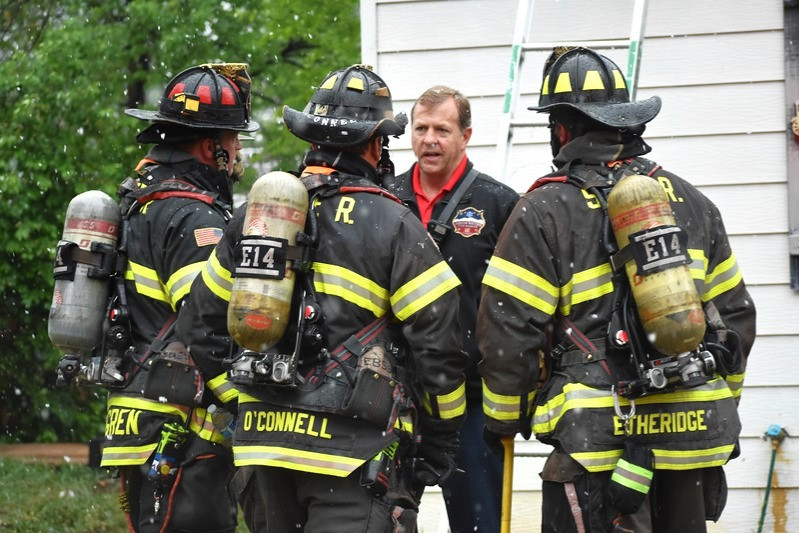 Just before 5 p.m. on Friday, May 20, 2022, Local members responded to a reported residential structure fire near W. Ridge Road and S. Spotswood Street in Littleton. Dispatchers received reports stating that smoke was visible and windows were breaking. First arriving members confirmed the response as a working structure fire and found that there were two parties trapped near window wells. Members from Ladder 12 quickly made their way to the victims in the basement and radioed that they needed additional support due to fire conditions. As members extinguished the fire to protect their crew and the victims, a water supply was established, and further searches of the home were conducted simultaneously. Within 14 minutes, the main fire was marked under control. Three dogs and two cats were also safely rescued. Luckily, no parties reported injuries or required transportation to the hospital. Crews remained on the scene for extensive salvage and overhaul. The cause is under investigation and is being handled by law enforcement and the SMFR Fire Marshal's Office.