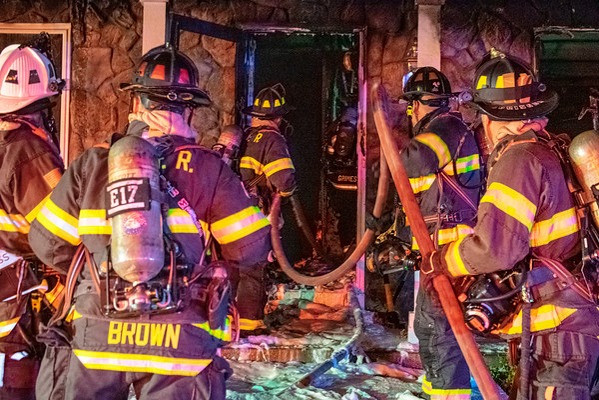 September 2, 2022 - Just after 1 a.m., multiple calls came into SMFR's Dispatch stating that large flames were seen behind a house near S. Santa Fe Drive and W. Highlands Ranch Parkway in Douglas County. The first arriving units confirmed that a deck was heavily involved and that the fire had extended into the home. As members worked on primary searches they encountered fire in the attic, basement, and first floor. Multiple hose lines were pulled to control the fire inside and outside the home. Foam was also utilized to penetrate the fuel load and help with cooling. This foam does not contain PFAS. Unfortunately, the home suffered heavy damage and the overhaul took several hours. One firefighter was evaluated for a minor injury. The cause is under investigation through the Fire Marshal's Office.