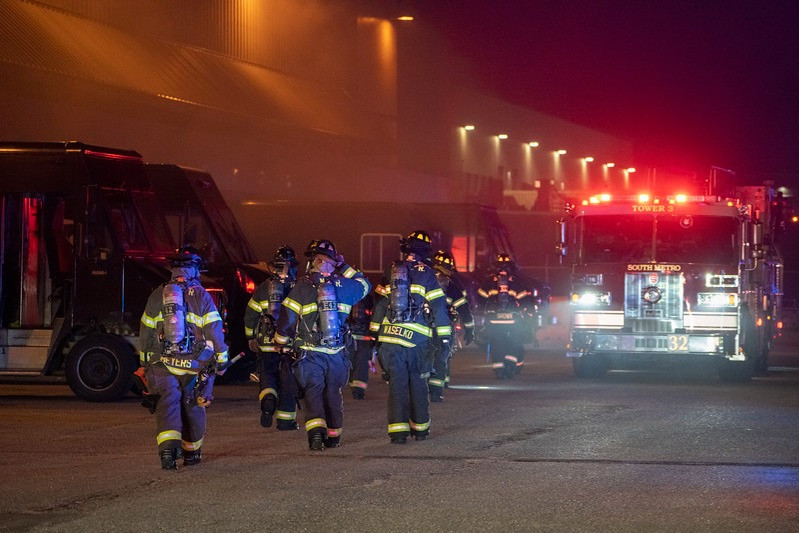 Just after 3 a.m. on September 13th, workers at the UPS Consumer Center located at 13101 James E. Casey Ave. called 911 and reported flames in the building. When local members arrived just minutes later, smoke had already filled the 240,000 square foot structure. First arriving Engine and Medic 44 quickly found the best door to access the fire and stretched a hose line inside. Heat from the fire wasn’t high enough to activate the sprinkler system in the building, but members encountered flames around 10-12 feet tall. The area of burning material was rapidly extinguished but dense, toxic smoke lingered in the building. Crews searched the entire structure to confirm that everyone safely evacuated, thankfully no one was found inside and no injuries occurred. An unusual situation occurred around 4 a.m. when a water main that supplies the building burst, sending a geyser into the air. The burst pipe was adjacent to the building so the area was blocked off to prevent personnel and vehicles from falling into a possible sink hole. Members located shutoff valves and slowed the leak while the water department responded. The SMFR Fire Marshal’s Office is working to determine what caused the fire.