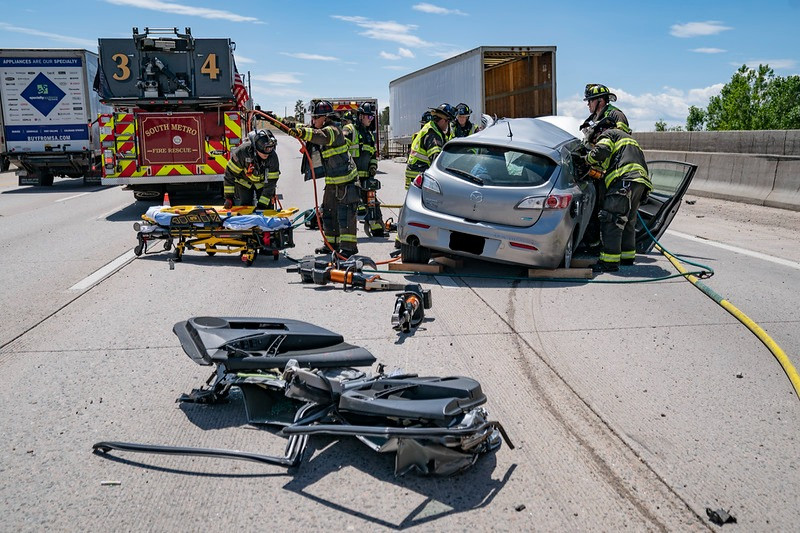 On the afternoon of Monday July 25th, Local members responded to a serious traffic collision that closed southbound I-25. The incident was dispatched at 12:20 after 911 callers reported an injury accident involving a semi. When members arrived, they found a split scene with traffic driving through the middle. A damaged semi-truck was resting against the left crash wall, a heavily damaged car was in the right two lanes, and the semi-trailer was resting against the crash wall on the right shoulder. Members quickly triaged the scene and determined the driver of the car was injured and trapped in their vehicle. Members began treating the person while cutting tools were used to remove the doors and other parts of the vehicle. At 12:40 the injured person was extricated and transported to the hospital with serious injuries. A second person associated with the semi sustained minor injuries and was evaluated by medics. During the collision, the front of the trailer ripped open which allowed the cargo spill onto the highway. The trailer was partially full of wheeled storage carts and postal bins. Colorado State Patrol is investigating what caused the collision.