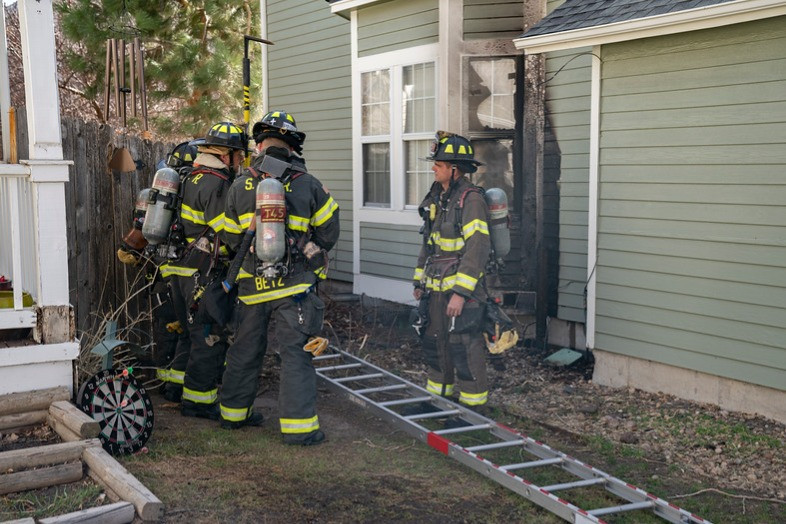 Around 3:45 p.m. on Thursday, April 7, 2022, observant neighbors saw smoke coming from a home on Farmingdale Court in Parker and called 911. While units from SMFR were responding, neighbors tried knocking on the door to alert residents that the side of their house was on fire, but no one answered. Minutes later first arriving members from Station 41 got on scene and observed flames and smoke visible from a fence and siding. Despite gusty winds and dry conditions, the exterior fire was quickly extinguished. When crews advanced their hose line inside to check for extension and possible victims, they encountered smoke on the interior. Fire was discovered extending into the basement and extinguished before it could cause additional damage. All searches of the home were clear, and thankfully no injuries occurred. Fire Investigators determined the cause was accidental, probably related to pipe soldering that was done earlier in the day.