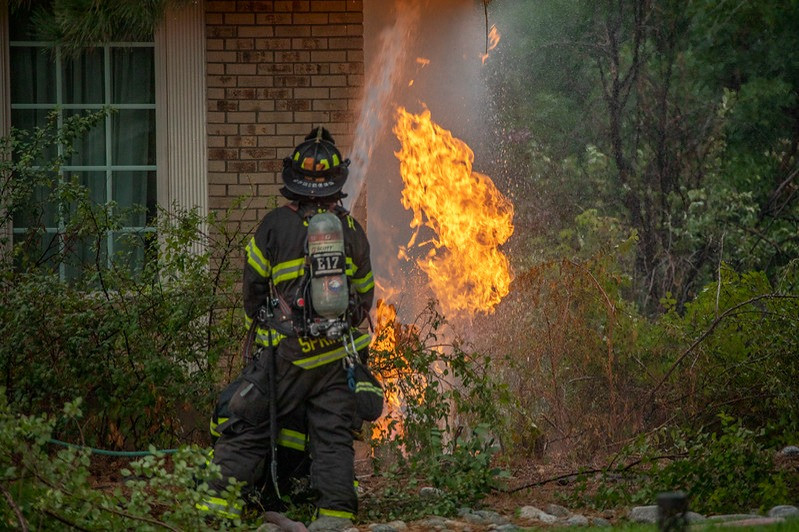 Just before 4 p.m. on Monday, August 15, 2022, multiple callers reported hearing a loud boom and seeing active flames coming from a gas meter on the side of a vacant home on E. Dorado Avenue. Thunderstorms, lightning and heavy rain were all moving through the area at the time. 9 year old Hunter (pictured) was one of the neighbors who first saw the fire and alerted his parents to call 911. When local members arrived on scene, they found flames on the side of the home crawling up the exterior. Crews deployed a hose line to flow water between the fire and the house in order to keep the structure from catching on fire and becoming too hot. They also used thermal imaging cameras to monitor the heat levels both inside and outside the house. Xcel Energy arrived on scene with heavy equipment to dig into the yard and clamp the gas line in order to stop the leak and active fire. Luckily, no one was in the home when the fire started and surprisingly the fire did not extend to the structure. As crews were wrapping up on scene, members from Engine 17 found Hunter and gave him a Community Award Challenge Coin for his courageous actions. South Metro’s Fire Investigator on scene determined the likely cause of the fire was due to the roof being struck by lightning and then the electrical current traveling through the gutters and impacting the gas line.