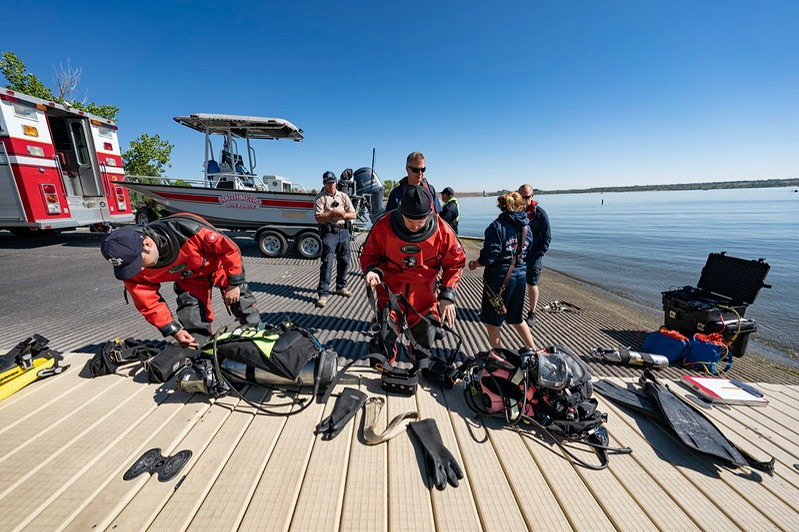 Just after 11 p.m. on September 13th, local members were alerted to a Dive Rescue response at Cherry Creek State Park after a witness reported an occupied vehicle in the water. Moments later, SMFR Dispatch received a 911 call from someone inside the partially submerged car, panicked and unable to open the doors or windows. Arapahoe County Sheriff's Office Deputies were the first emergency responders on scene, they quickly entered the dark, fog covered water to rescue the driver and passenger. When members arrived, everyone was safe onshore and no transport to the hospital was needed. Members returned to the scene Sunday morning to assist with removing the vehicle in daylight. Divers attached shackles and cables to the SUV and a tow truck pulled it out of the water.