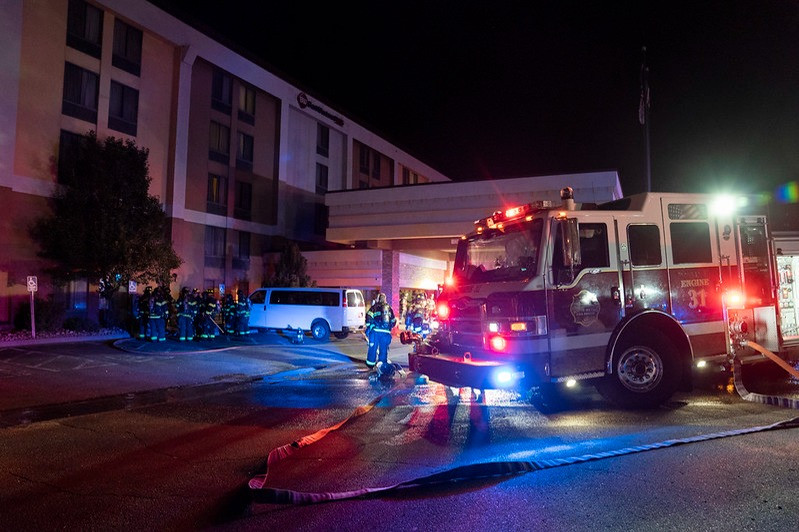 At 4:14 a.m. on Thursday, September 1, 2022, Local members assigned to Engine 31 responded to a fire alarm activation at the Best Western DTC, located at 9231 E. Arapahoe Rd. in Greenwood Village. At 4:18 a.m. a hotel employee called 911 and reported a fire in the basement, prompting a large response of additional personnel and equipment from SMFR. Upon arrival, members quickly located a smoke-filled room in the basement with flames being controlled by the fire sprinkler system. The fire was completely extinguished by members who conducted searches of the building and determined the fire did not spread. Thankfully no injuries occurred, but hotel guests remained evacuated until ventilation was completed and air levels inside were safe. The cause of the fire is under investigation.